Nintendo is having a fantastic E3 this year, with major reveals and dives into things like Luigi’s Mansion 3, the Link’s Awakening remake, the reveal of The Hero and Banjo-Kazooie in Super Smash Bros. Ultimate, and the announcement of a follow-up to Breath of the Wild.

Another of Nintendo’s big successes is its E3 booth. In the last few years the company has gone all-in on creative, lavish booths for its games showcase, and 2019 is no different. Rather than theme it around one release (as it did for Super Mario Odyssey in 2018), Nintendo decided to create three smaller booths, each highlighting its three biggest games at the show: Link’s Awakening, Pokémon Sword & Shield, and Luigi’s Mansion 3.

We got a tour of all three booths, and they’re really something. The in-person experience is delightful, but we took lots of photos so you can see all the exhibits for yourself without overpaying to wait two hours in line for a short demo.

First up, the main attraction: Link’s Awakening. Nintendo built large dioramas of some of the classic locations in the remake, including Mabe Village, Tornobo Shores, and the inside of Tail Cave.

These dioramas drive home the look Nintendo is going for with the remake, and how well it has executed on its concept. More than most exhibits at the show, these areas feel lifted directly from the game itself. Looking at them after playing the demo, I got a small hint of excitement from seeing an object I’m familiar with shown off in a new way. Is this what people who build miniature houses or make ships in bottles feel like?

While the dioramas are great from afar, they’re also wonderful up close. The detail on the figures is simple, but clean and well-made. Just look at the scene between Marin and Link! I hope that someday, I will be that happy. 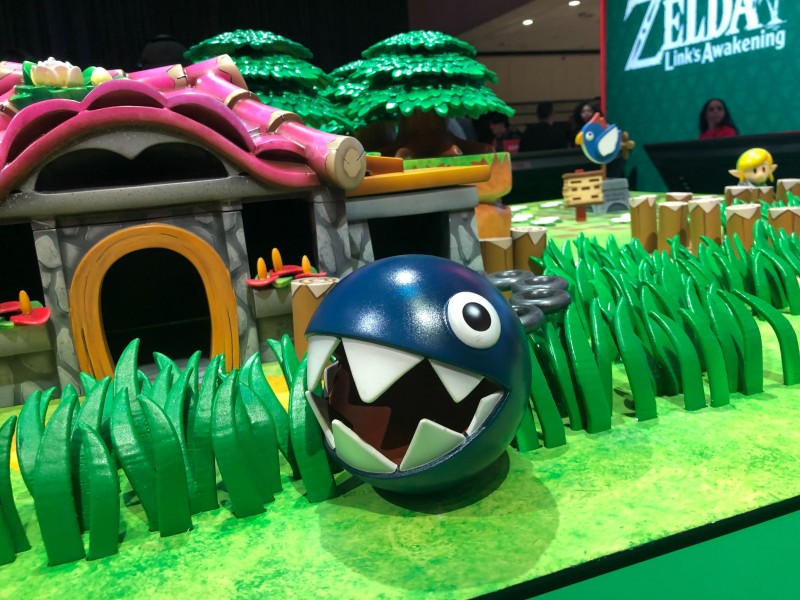 This is a Chain Chomp. You’ve seen them before, but never like this, or in this article!

Moving on to the Luigi’s Mansion part of the booth, it bears the game’s hotel theme. The spooky atmospheres and models are of course the highlight, but photos don’t really capture the booth in motion. There are moving, ghostly projections on the walls and all around the booth. The dark atmosphere and intense UV light also make it the most theme park-like attraction of the booth. 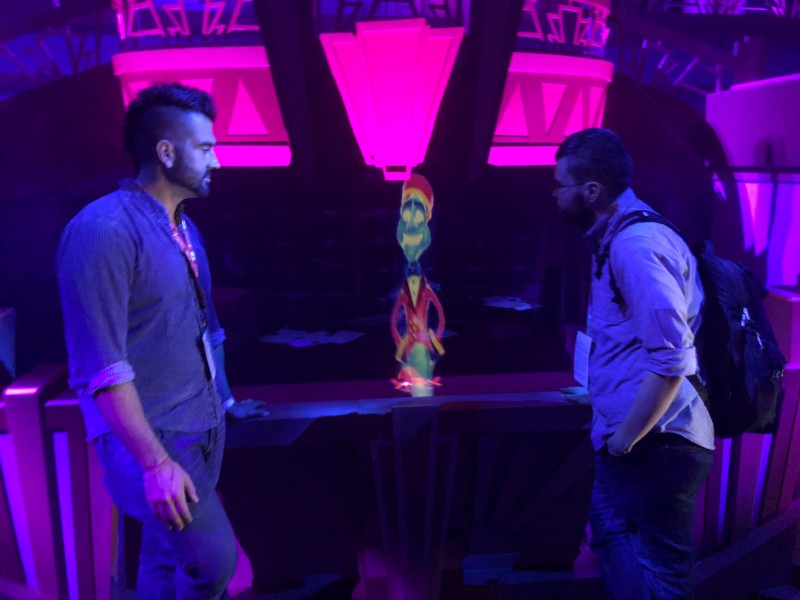 We unfortunately couldn’t find the bell keep to check out of this exhibit, so fellow editor Brian Shea and I are now ghosts ourselves. We’ll be posting stories throughout all of E3 and the foreseeable future regardless!

The interior of the Pokémon booth is modeled after the water-type gym shown off in the E3 demo, with a crowd creepily overlooking people who just wanted to play the dang game after waiting in line for so long. However…

The outside of the booth had these little guys hanging around! Sobble, Scorbunny, and Grookey were all scampering around outside, waiting to be hugged, prodded, and photographed all throughout the show. Everyone except Sobble looks like they’re having a blast, and as the person in these photos, I can confirm that I was!

What Can You Make In Dreams After A Week?