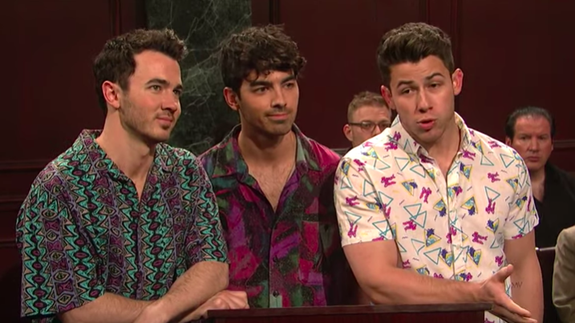 The Jonas Brothers were Saturday Night Live‘s musical guests on May 11, but they also popped up in a sketch.

“Judge Court” starred Aidy Bryant, Kate McKinnon, and host Emma Thompson as three daytime TV judges. They’re best friends, they’re all on the same show (“the only courtroom with three judges”), and they are all deeply bad at their jobs.

The Jonases show up near the end of the sketch. They’re accused of destroying a man’s home, which they admit to. (Nick, in fact, admits to arson.) The judges, however, find them all so cute that they call them their “sons” and invite them to dinner instead of sending them to prison.  Read more…