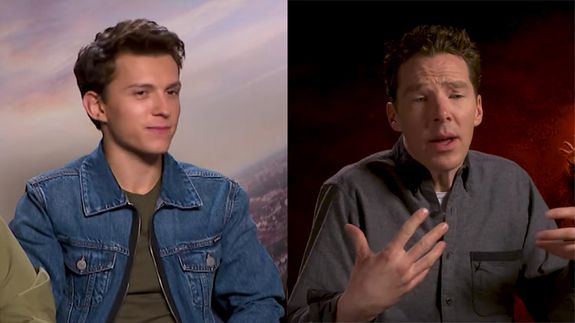 And Spider Man: Far From Home star Tom Holland, it seems, is a popular choice to impersonate these days.

Fellow MCU co-star Jake Gyllenhaal did it in a recent Lad Bible video, and Doctor Strange star Benedict Cumberbatch has also had a go.

In the BBC Radio 1 interview above (jump to 3:54), Holland gets asked about the latter’s efforts — and gives his honest critique.

“I have seen Benedict impersonating me, and actually it’s not that bad,” Holland says. “He hasn’t got the accent or the voice, but he’s got the energy.” Read more…