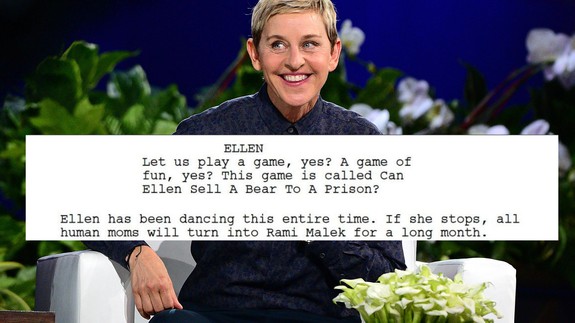 There’s nothing that moms love more than extreme couponing, telling you to get off your phone, and daytime TV talkshows. Specifically, Ellen.

According to the latest parody script from comedian Keaton Patti, the audience for Ellen consists of literally “every human mom.” Well maybe not Patti himself, but the “bot” he’s “forced” to watch another 1,000 of a specific show, creating an absurdist script approximating the show’s language.

Previously, this “bot” has envisioned scripts for a White House press briefing, an Olive Garden commercial, and even a Ted Talk. This time though, it’s spit out two faux pages of a script that absolutely roasts Ellen Degeneres and her audience. Read more…

Rosanne Cash has some crucial advice for young musicians