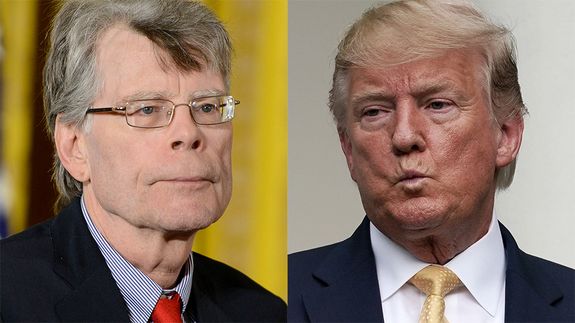 It’s kind of amazing that Donald Trump has yet to get into a Twitter feud with Stephen King.

But it hasn’t happened yet. So far their relationship, aside from a brief blocking phase, has mainly consisted of King taking repeated potshots.

And over the past weekend, he’s been at it again.

It started with Trump’s continuing attacks on the Democratic Congresswomen he targeted with a series of racist tweets last weekend. Rather than apologising, Trump has continued to direct a stream of criticism towards them over the past week, both on Twitter and during rallies. Read more…

John Cleese reacts to Mark Hamill GIF, gets a reply from the Jedi himself