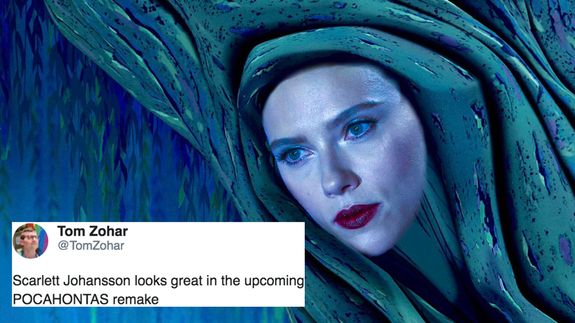 This may come as a shock to some, but Scarlett Johansson has made yet another controversial comment about her career.

In a recent interview with As If Magazine, the Avengers star was discussing current trends in casting and on-screen representation when she said something a bit… odd.

“Today there’s a lot of emphasis and conversation about what acting is and who we want to see represent ourselves on screen. The question now is, what is acting anyway?” Johansson started.

When artist and interviewer David Salle replied, “Right. Who gets to play what roles…” Johansson said, “You know, as an actor I should be allowed to play any person, or any tree, or any animal because that is my job and the requirements of my job.” Read more…