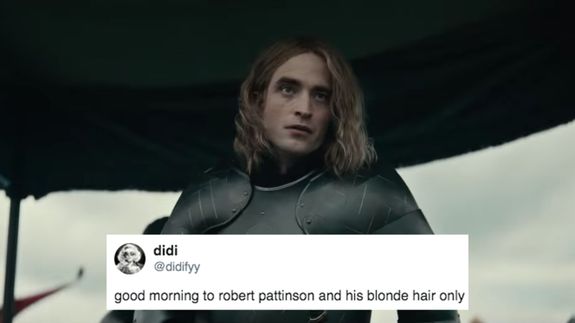 Did you catch the trailer for the new Netflix movie The King?

It’s about the rise of King Henry V, it features plenty of Game of Thrones-style battles, and — most importantly — it has some serious hairstyles.

Just look at Timothée Chalamet’s glorious bowl cut and try to tell us that isn’t reason alone to watch the film.

Still not convinced? Well, feast your eyes on this:

*walks into stylist*
*slams this photo on the table* pic.twitter.com/3xX5GtKpTv

Robert Downey Jr. sparks ‘Avengers’ battle over who has the best ‘stache