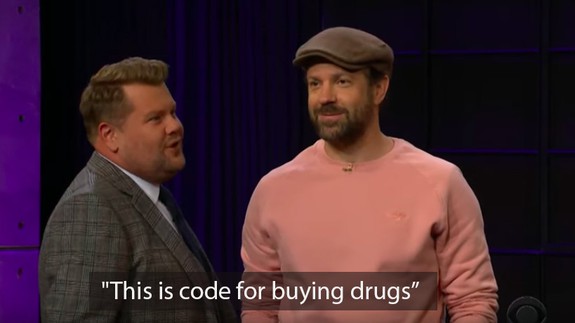 A person’s mobile phone is basically a treasure trove of one’s innermost thoughts and secrets. But, what if that phone got into the wrong hands? James Corden’s hands, to be precise.

Well, wonder no more, because that horrifying idea became a reality during a game of “Cell Phone Profile” starring Lisa Kudrow, Jason Sudeikis, and Will Forte. The aim of the game is to guess which of the three celebrities handed over their phone to Corden based on three clues from their phone.

Let’s just say, the three of them have very active imaginations.  Read more…