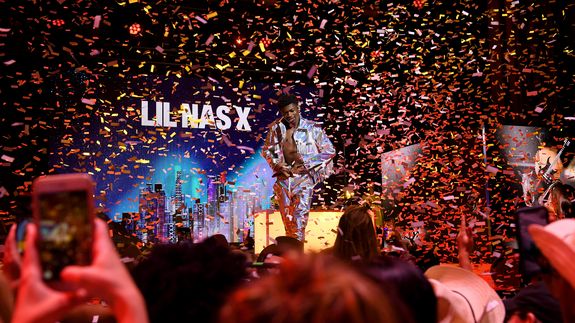 On Monday, Lil Nas X’s “Old Town Road” featuring Billy Ray Cyrus made history as the longest-running No. 1 track to ever hit the Billboard Hot 100.

The prestigious record required a daunting 17 weeks as the most popular song across radio and online streaming within the United States. The accolade was previously shared by Mariah Carey and Boyz II Men’s “One Sweet Day” and Luis Fonsi’s “Despacito” — both of which ended their No. 1 reigns at a 16-week tie.

“Did I know it would become the longest-running No. 1 song of all time?” Lil Nas reflected of his track’s surprise success on Twitter.

“No! But I am so thankful that this blessing has been placed upon me. This song has changed my life, and the way I see the world around me in less than a year.” Read more…