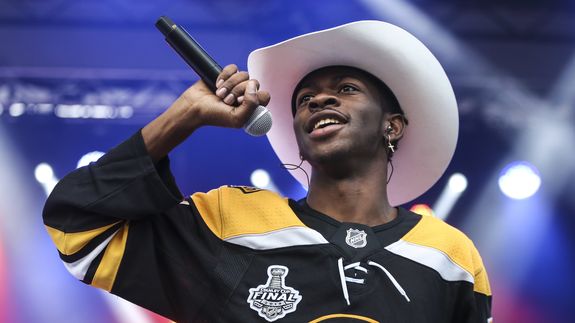 And his appearance on BBC Breakfast just cemented that status for all eternity.

After chatting to the two presenters, Naga Munchetty and Charlie Stayt, the “Old Town Road” rapper walked off set at the end of the interview, but accidentally strolled right in front of the camera.

Presenters Munchetty and Stayt called out to Lil Nas X and asked him to join them on the sofa again.

“Nas can we just say, you just walked right across our camera shot,” said Stayt. “You see, you know how to steal the show.”

True to form, his response was utterly charming.

😂Our favourite moment of the morning – @LilNasX you’re welcome to come back and block our cameras anytime! 🎥🚶🏿‍♂️#Friyay @BBCNaga #FridayMotivation pic.twitter.com/Q7YmYodTST