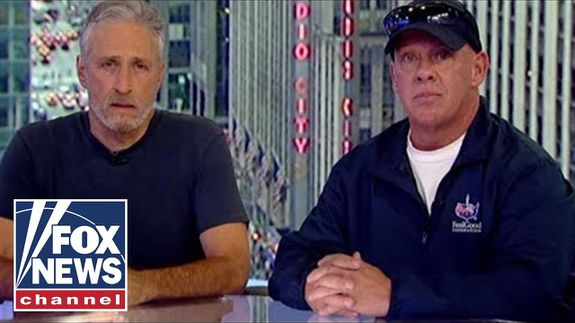 Jon Stewart is not here to play.

Over the past few months the comedian and former The Daily Show host has been snagging headlines for his outspoken public support of the reauthorization of the 9/11 Victims Compensation Fund. If renewed, the bill would extend funding of health care for first responders through 2090.

Stewart spoke before Congress back in June and supported the bill again when it went up for a full House vote, but now the bill is being blocked in the Senate by Republican senators, Rand Paul and Mike Lee.

Ahead of the final Senate vote, Stewart went on Fox News alongside first responder John Feal to call out Paul and Lee for their “absolutely outrageous” pushback. Read more…