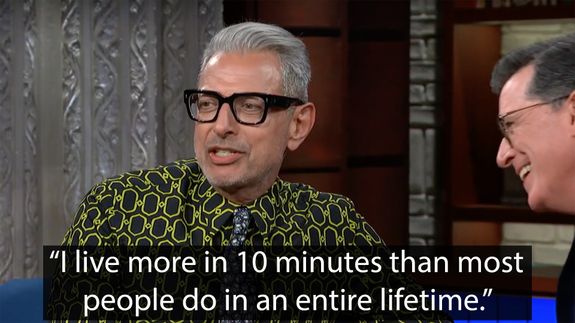 With most interviewees, it’s important to have a thorough list of prepared questions you want to ask them.

Not so with Jeff Goldblum. You can pretty much just bring him out and sit back while he jumps from one wonderfully obscure topic to the next.

“I just want to know,” says Stephen Colbert, four-and-a-half minutes into the clip above, “have we recorded any of this so far?”

It’s a fair question. They do eventually get to Goldblum’s new movie, The Mountain, but it’s only after a lot of random talk about Advil and fishing.

“I live more in 10 minutes than most people do in an entire lifetime,” Goldblum jokes at one point. Read more…