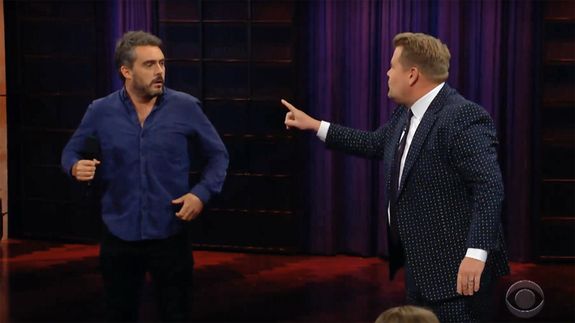 Anyone who’s been watching The Late Late Show for a while will know that James Corden’s audience Q&As aren’t like normal Q&As.

He’s previously had similar sessions interrupted by the likes of both David Spade and Neil Patrick Harris — and this time around, he has an impersonator to contend with.

“iM jAmEs CoRdEn. WaNt To HeAr My StUpId JoKeS?” bellows a man in the audience who claims that his Corden impression is his most popular booking.

Cue an angry Corden, a confused security guard, and yet another derailed Q&A. Read more…