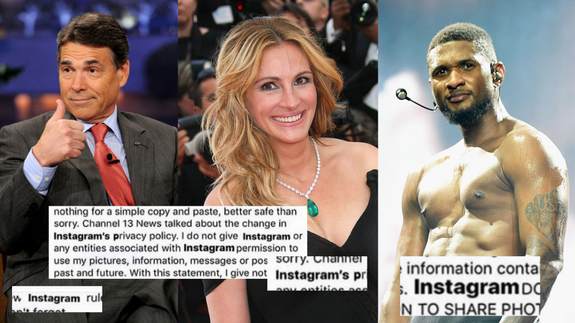 Celebrities! They’re just like your credulous aunt who types spaces before all her exclamation points on her balloon-background Facebook posts!

The image that circulated in both Feed posts and Stories was a doctored screenshot of a block of text, with one or two variations on the following: Read more…

How did this ridiculous Instagram privacy hoax from 2012 fool so many stars? was orginially posted by Caitlin Welsh