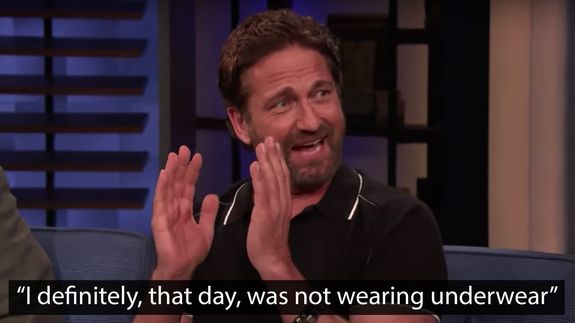 If you happen to be giving a speech at a family member’s wedding, the last thing you want to do is accidentally flash the entire congregation. That’s basically the stuff of nightmares.

It’s exactly what Gerard Butler did, though. In the clip above from Conan, he tells the story of his disastrous first reading at his sister’s wedding — and how his mother basically had to alert him to the fact he was sitting with his legs completely spread.

“I definitely, that day, was not wearing underwear,” explains Butler.