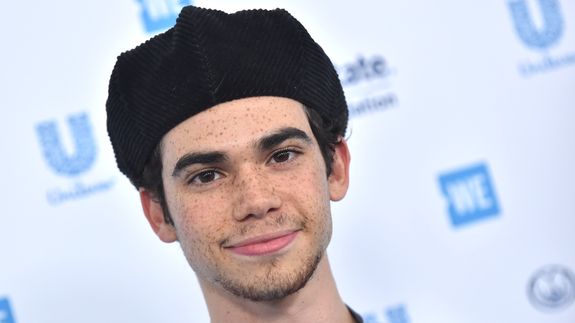 Disney has shared a heartfelt tribute video for Descendants 3 actor Cameron Boyce after his sudden passing on July 6. Boyce, who was 20, starred in Disney Channel’s Shake It Up and Jessie before he was cast in the Descendants trilogy.

Tonight’s premiere of #Descendants3 is dedicated to #CameronBoyce and is a celebration of his talent and the joy he brought to the world. You’ll always be in our hearts, Cameron ❤️ pic.twitter.com/VWzyoPUghn

The video includes on-set testimonials from his costars as well as clips and outtakes from his many projects – including that time he made Michelle Obama laugh. Read more…

It’s a Travolt-off! Jimmy Fallon challenges John Travolta to do impressions of himself

Ariana Grande is now the most followed woman on Instagram