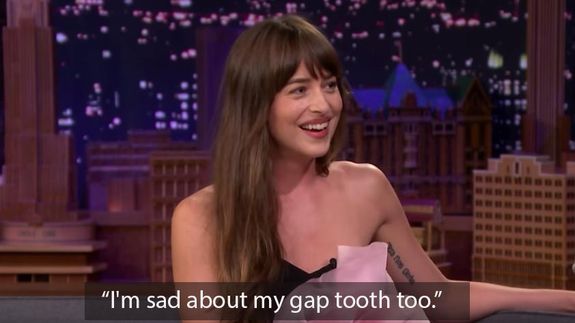 Stow away your theories and hunches, the mystery of the missing tooth gap has been solved.

ICYMI, Dakota Johnson’s teeth have made the headlines lately, with many asking the question: Where did the gap go?

Now we finally know the truth. Johnson explained the gap’s whereabouts to Jimmy Fallon on Tuesday’s edition of The Tonight Show.

“I had a permanent retainer since I was 13 and it was just glued to the back of my teeth,” she began. “I was having a lot of neck problems recently so my orthodontist decided it would be a good idea to take it off and see if my jaw expanded and it helped me.” Read more…

‘Alita: Battle Angel’ is relevant for cyborgs and humans alike