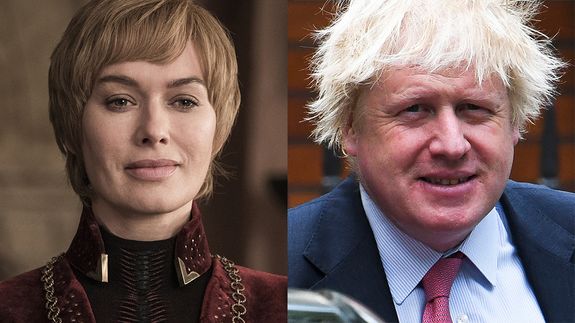 Lena Headey, much like her Game of Thrones character, is not one to mince her words.

The actor has previously hit out at Donald Trump on Twitter, and now she’s turned her attention to the UK’s incoming prime minister, Boris Johnson.

On Wednesday — the day Johnson is set to replace Theresa May as PM — Headey shared the following, deeply disturbing photo on her Instagram.

Yep: That’s those spooky twins from The Shining, with their faces replaced by those of Trump and Johnson. Even more petrifying than the original? Very possibly. And Headey’s four-letter caption really drives the point home. Read more…

Sophie Turner chugging wine on a Jumbotron is deeply inspiring