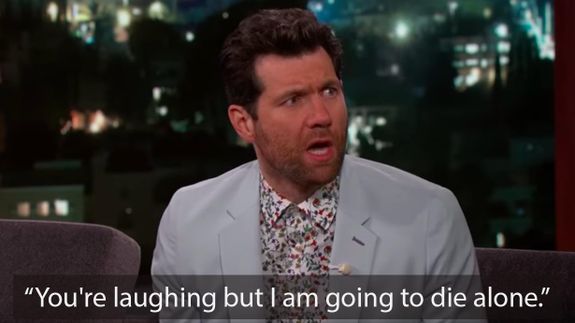 It might seem like celebrities have a gilded passage in life, but turns out even they’re not immune to the odd mishap. Like getting banned from apps.

It happen to Lion King star Billy Eichner. He told Jimmy Kimmel on Thursday he was suddenly banned from Tinder.

“You’re laughing but I am going to die alone,” he told the audience, who appeared to find the whole thing hilarious.

“I’ve been on Tinder for like seven years and I’m very nice. I don’t do anything naughty or weird, I’m a normal person,” he clarified.