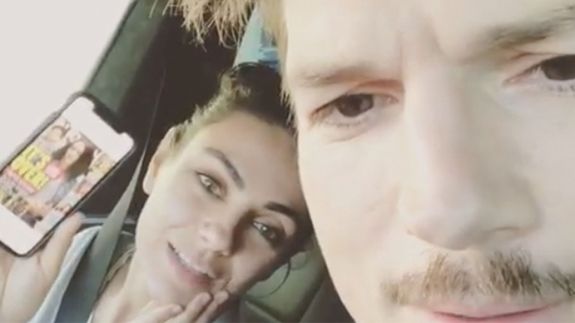 Isn’t it the best when celebrities break the fourth wall and acknowledge the wild rumors about themselves?

Ashton Kutcher and Mila Kunis, who are married with two kids, took to Kutcher’s Instagram to hilariously mock an InTouch Weekly cover filled with made-up facts about themselves.

I guess it’s over @intouchweekly have fun selling magazines this week. Maybe next week my wife will be having twins. For the third time. But who’s counting.

“Babe, what’s happening?” Kutcher asks. Kunis holds up her phone with the tabloid cover on it and says, “It’s over between us.” Read more…